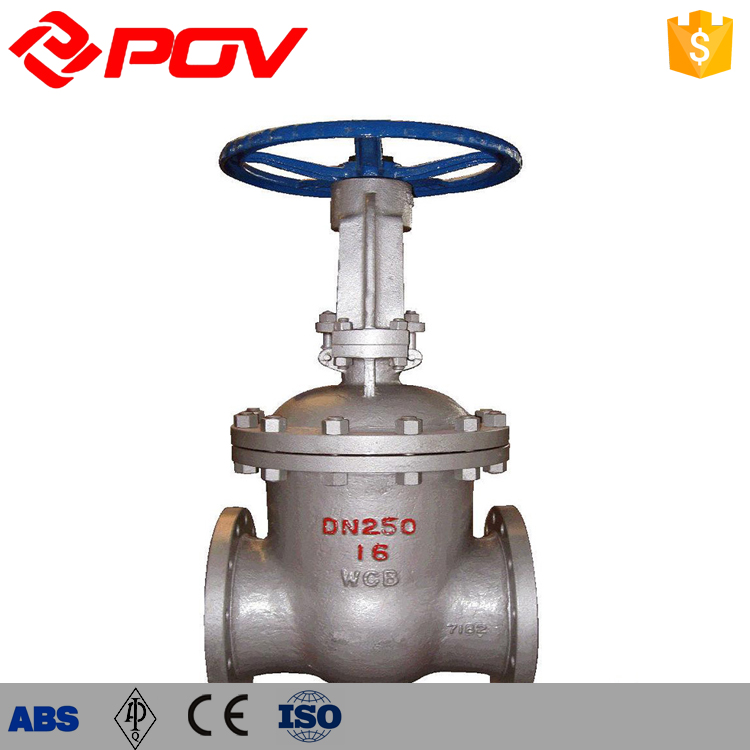 Non-Rising stem gate valve is also called rotating stem gate valve (also called non-rising stem wedge gate valve). The valve stem nut is set on the gate, and the rotation of the handwheel drives the valve stem to rotate, which makes the gate lift. Usually, there is a trapezoidal thread at the bottom end of the valve stem. Through the thread at the bottom end of the valve and the guide groove on the disc, the rotary motion is It becomes linear motion, that is, the operating torque becomes the operating thrust.

When the valve is opened, when the lift height of the gate is equal to 1:1 times the diameter of the valve, the fluid channel is completely unobstructed, but this position cannot be monitored during operation. In actual use, the apex of the valve stem is used as a sign, that is, the position where it cannot be opened, as its fully open position. In order to take into account the lock-up phenomenon caused by temperature changes, it is usually opened to the top position, and then reversed by 1/2 to 1 turn, as the fully open valve position. Therefore, the fully open position of the valve is determined according to the position (ie stroke) of the gate.

The disadvantage of this structure is that the valve stem thread is not only unable to lubricate, but also directly eroded by the medium and easily damaged.