Pressure test methods of various valves.Pressure test methods of various valves
Under normal circumstances, industrial valves are not tested for strength in use, but the valve body and bonnet or corroded valve body and bonnet shall be tested for strength after maintenance. For safety valve, set pressure, return pressure and other tests shall conform to the specifications and relevant regulations. The strength and tightness of the valve installation shall be tested. Low pressure valve inspection 20%. If it is unqualified, it shall be 100% inspected; medium and high pressure valves shall be 100% inspected. Commonly used valve pressure test media include water, oil, air, steam, nitrogen, etc. The pressure test methods for various industrial valves with pneumatic valves are as follows:
Globe valve
Ball valve, standard GB / t21465-2008 “valve terminology” is defined as: the opening and closing components (ball) are driven by the valve stem and rotate around the axis of the ball valve. It can also be used for fluid regulation and control. The hard sealed v-ball valve has a strong shear force between the V-shaped core and the cemented carbide metal seat. It is especially suitable for micro solid particles containing fibers. The multi-channel ball valve can not only flexibly control the convergence, diversion and flow direction switching of media, but also close any channel and connect the other two channels. This type of valve is in the process of being installed horizontally. The ball valve is classified according to the driving mode: pneumatic ball valve, electric ball valve and manual ball valve.
Ball valve pressure test method

The strength test of pneumatic ball valve shall be carried out with the hemisphere open.
1. Sealing test of ball valve: the valve is in a half open state, one end is introduced with test medium, the other end is closed; the ball valve rotates several times, the closed end is opened when the valve is closed, and the sealing performance of packing and gasket is checked. There must be no leakage. Then introduce the test medium from the other end and repeat the above test.
2. Sealing test of fixed ball valve: before the test, the ball idles several times, the fixed ball valve is closed, and the test medium is introduced into the specified value from one end; the pressure at the inlet is used to check the sealing performance of the lead end, and the accuracy of the pressure gauge is used. . 5 to 1, range 1.5 times the test pressure. During the specified time, no decompression is allowed; then the test medium is introduced from the other end and the above test is repeated. Then, the valve is half open, the end is closed, the inner cavity is full of medium, and the packing and gasket are checked under the test pressure without leakage.
3 the leakage of tee ball valve at different positions shall be tested.
Check valve 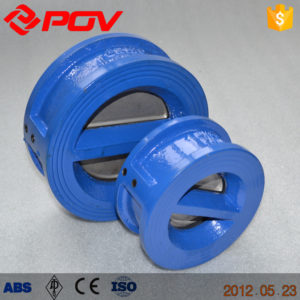 The check valve means that it opens automatically according to the flow of the medium itself. Close the valve, which is used to prevent backflow of medium, also known as check valve, check valve, backflow valve and back pressure valve. Check valve is a kind of automatic valve. Its main function is to prevent medium backflow, reverse rotation of pump and drive motor, and discharge container medium.
Pressure test method for check valves
Check valve test status: lift check disc axis is vertical to horizontal position; swing check valve channel axis and flap axis are roughly parallel to horizontal position.
In the strength test, the test medium is introduced into the specified value from the inlet end, the other end is closed, and the valve body and bonnet are not leaking.
The sealing test introduces the test medium from the outlet end. At the inlet end, it is acceptable to check the sealing surface and there is no leakage at the packing and gasket.
Diaphragm valve
The structure of diaphragm valve is different from common valve. It is a new type of valve. It is a special type of stop valve. The opening and closing members are diaphragms made of soft materials. The inner cavity of the cover is separated from the driving part and is widely used in various fields. The commonly used diaphragm valves are rubber lined diaphragm valve, fluorine lined diaphragm valve, unlined diaphragm valve and plastic diaphragm valve.
The diaphragm valve is provided with a flexible diaphragm or combined diaphragm in the valve body and bonnet, and the closing member is a compression device connected to the diaphragm. The seat can be a dome or directly through the wall of the runner. The diaphragm valve has the advantage that its operating mechanism is separated from the medium channel, which not only ensures the purity of the working medium, but also prevents the possibility that the medium in the pipeline impacts the working parts of the operating mechanism.. In addition, unless used as a safety feature to control hazardous media, no separate seal of any kind is required on the stem. In the diaphragm valve, because the working medium is only in contact with the diaphragm and the valve body, both of them can be used for various materials, so the valve can ideally control various working medium, especially for chemical corrosion or suspended particles. Medium. The operating temperature of diaphragm valves is generally limited by the materials used in the diaphragm and body liners and is in the range of – 50 to 175 ° C. The diaphragm valve is simple in structure and only consists of three main parts: valve body, diaphragm and valve head assembly. The valve is easy to disassemble and maintain, and the diaphragm can be replaced on site and in a short time.
Pressure test method for diaphragm valves
In the strength test of diaphragm valve, medium is introduced from both ends, the disc is opened, and the other end is closed. After the test pressure rises to the specified value, the valve body and bonnet will not leak. Then, reduce the pressure to the seal test pressure, close the disc, open the other end for inspection, no leakage is acceptable. 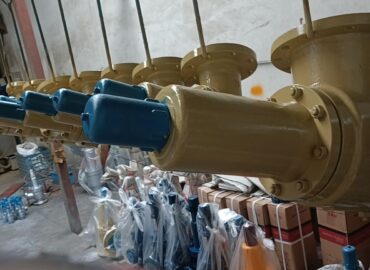 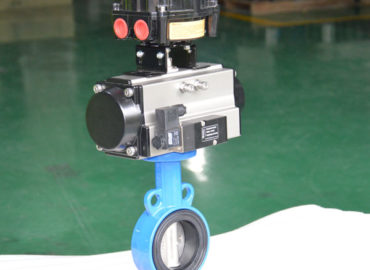 How many types of material of valve body are there ?

What are the functions of various accessories of pneumatic butterfly valve?